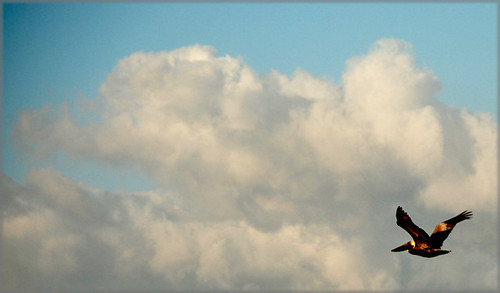 Today is one of those in-between days, one where you feel like you’re gaining on things while experiencing a loss, traveling to nowhere and yet sitting still.

The first part is quite sad in that Danny Federici, the Organist with the E Street Band, passed away after a 3 year fight with Melanoma.

We got word last night as we were getting ready for bed, expecting to be at work this morning in Ft. Lauderdale. That show and tomorrow’s in Orlando have been postponed; we are now rolling to Tampa for Monday’s show.

As I work the stage left side of things and that, believe it or not, the two sides of the stage are like different worlds that exist side by side at the same time. I really didn’t know him all that well. I listened to the delicate touches he put into the songs and saw the energy his playing gave the guy up front. I have had the good grace to tour with some pretty serious organ players; it is not a simple thing to do well. He could and did, all the way up to a few weeks ago when he sat in with the band in Indy.

Loss is cumulative; I found that out in 2005 when we lost my brother and Sterling within 2 weeks of each other. Then each loss just keeps knocking you down, until you find a way to process it, seeing it as the last act in every life, nothing personal, just part of the whole. It seems to always come in waves, but it might just be our perception.

At the same time, my participation in Twitter and other communities seems to be bringing new life to me. The stimulation of talking with new people about common ideas and being exposed to different points of view seems healthy after the repetitive back biting of the work place. Bitching may be the killer app for Twitter, but I find that the humor and perspective of these smart and engaged people making me want to stop coasting. Sure, the shit stirring and puppetry is entertaining, very much like the “Wind Up” on the road, thinning the herd, educating, ruthless in its non-stop badgering, tempers flaring, the joke nearly homicidal or suicidal at points, but part of the process of not getting caught in the malaise of the job, of life, of the current times.

The thing that makes the nonsense worth it is that fact that smart people are communicating, ideas are being shared, jumps being made and rather than the glazed complacency of American Idol or Judge Whomever, people are engaged. I know that I go through periods of fallow behavior (uh, last podcast, Feb. 2007?) and joining a new community sometimes helps move you into action. Sometimes.

The feeling of casting aside hopelessness and doing something new is like becoming alive again, a chance to turn my brain on and be creative rather than silently simmering with resentments,fear and anger. I spent a long time in my early life trying to smother my intelligence either because of the mean actions of children (“I hate you; you use big words!”) or just trying to fit in with the gang (“Dude! Duuuuuuuuude!”), but I always feel better when I’m connected with the spiritual lifeforce and the thinkers of the world.

So, the puppet has its place and so does Blockhergate; as long as we continue to think and question and communicate, there’s room for all in the conversation.

Life in a Gaping Void

The end of an era… dude?
News, Passings

The end of an era… dude?