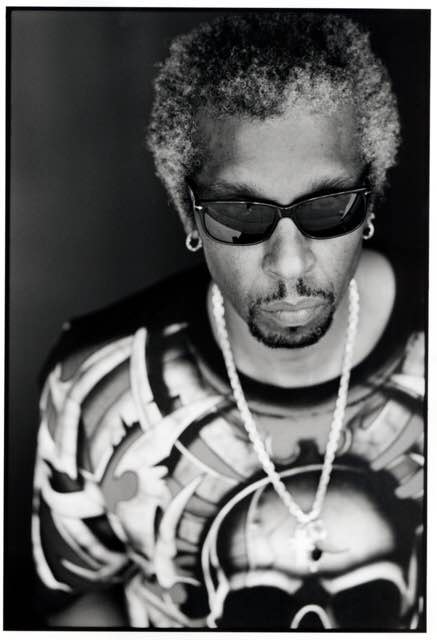 There are people who show up in our lives that a bond is made, it grows and it never seems to drift apart. Often you hear the term “brother” used in war, in sports and on the road. For roadies, we often build the family we never had with people that we are placed together with on a tour. An artificial family to be sure but it often becomes a truer unit than the ones we were born to. Race, creed, politics, countries, planets… none of these things seem to matter.

I am blessed to have a few truly remarkable men who have been there for me over hours, days and years. I have learned from them, shared with them, laughed with them, sometimes even fought with them. When they are no longer there it seems like a resource has been lost, the library is closed and I’m left to have the last laugh by myself.

My friend Gary Williams just seemed to appear in my life in the late ’90’s, probably when I began to work for Kenneth “Babyface” Edmonds. I was in a drum/ percussion tech position for Ricky Lawson and Shelia E; he was doing the bosses guitars as well as the extremely talented Reggie Griffin. We were part of the live DVD MTV Unplugged?. It took a short time for me to get on the other side of the gruff-no nonsense act he was good at playing up. Some of the mutual music that we shared opened that door wider: King’s X, Weather Report, Miles, Hendrix, D’Angelo, so many others. I didn’t have to explain any of it because he was already there. I can only think of one other ?person in my life where all the musical paths were shared. My habit of having some speakers on my workbox playing what moved me didn’t annoy him because he dug 98% of it.

He was the type of guy you wanted on your side when the shit hit the fan. There was nothing he wouldn’t do for you, especially if he didn’t have to get up from the couch to do it. He had a habit of answering the door when religious types came a knockin’ with these feline contact lenses in that made him look demonic. He would give them a sec to spot his scary eyes and then say “Ive been waiting for you to come”.

He teched for a lot of really amazing artists including the Isley Brothers and was on the D’Angelo VooDoo tour where the band played as much in hotel rooms as they did on stage. I had the chance to work with him again in 2001, again with Babyface. We started the run with some promo and a busy few days in New York City, a showcase and TV appearances. We were loading into the Apollo Theatre the morning of September 11th, the release date of the new album. The gig didn’t happen as you might expect and we made our way to New Jersey to grab a cut rate tour bus for the ride to LA. I got off the bus in Little Rock and rented a car to get home. We reassembled for further rehearsal ?and the tour became a run to Japan for 2 weeks. While I was in Tokyo I found the Michael Landau album “Live 2000”?which became daily listening for us, a healing recording that helped me get on the other side of the attacks.

Tours happen and don’t. We kept in touch, sent each other music, cat photos and the like. Next thing I know he was living in France and sounding happy. There had been some talk of health problems but he brushed it away like so much cigarette ash. A bit of Facebook interaction, sharing the newest stuff. Life gets busy and you never give it another thought that your brother will just be there on the other end of the line.

A tough lesson to learn yet again. My love extends to the family and all the other brothers who knew him.

I suppose this wouldn't really be a roadie site…
Odd, Road

I suppose this wouldn't really be a roadie site…