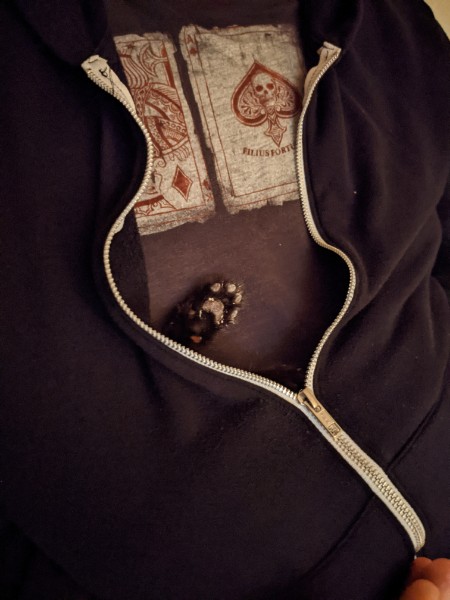 2021 has been a very trying year for us, just like everyone else. The Pandemic continued, as did unemployment (well, the checks didn’t). In May, our dear manx Wally passed, then his brother Cabot in September. With all the financial stuff, me testing positive for Covid on the road and our touring season ending just after Halloween (usually Thanksgiving or Christmas break), our plate was full of everything. Angela spent the whole year working from home and after Cabby died, she really needed a break.

So Angela spent a few weeks visiting friends in Killeen, TX, home of Fort Hood and so many deer I couldn’t count them. I flew down on miles, spent the weekend and rode back to Dallas. It’s not a bad drive and we stopped only twice. As we were approaching Farmers Branch, Angela asked if I wanted to pick up some food before we got home. I said OK and she suggested Whataburger.

We turned into the drive through behind a few cars and made our order. As we were waiting for our turn at the window we both thought we heard something, it sounded like a cat or a small child in distress. I got out and began to search the bushes around the drive through. The people in the line were giving me the oddest looks as I checked the plants and little hidey spots. When I looked up, the car wasn’t there anymore.
I walked around the building and found where she had parked the car. The hood was open and Angela informed me that the noise was coming from WITHIN THE CAR!

We began to look around the engine and with a “mew” I saw a paw from within the crowded compartment. The little one had wrapped itself around a few pieces of mounting hardware, under the air filter and against the left headlight. I suppose you could wonder how it got in there but we felt we were running out of time. Angela began to ask people in the drive through line for a screwdriver as a cat was caught in her engine. One man had a huge bag of cat litter on his seat and said he didn’t have any tools but there was a Home Depot right up the street. He left to get some tools to help us.

Another man came up to us and he had a flat head screwdriver which really didn’t do us much good. He thought for a moment and went back to his car as his family went in to have some dinner. He had bought a battery for his car the other day and had to buy a single socket wrench to install it. He found the wrench and returned to us; the only socket was the right size for the bolts holding the air filter!

He and I began to remove and dislodge the air filter canister from Angela’s truck. Still no go. The kitten had 2 legs on one side of the mounting hardware and one on the other. Still no sign of the fourth leg or the head. Nervously I continued to loosen up and remove parts from the engine compartment as the man helping worked alongside me.  I removed the bracket which attached the air cleaner to the chassis and the kitten’s legs were free!

I carefully gathered as much of the cat’s extremities as I could and removed the kitten from the truck. Angela waited with a soft sweater and bundled it up. I began to try to remember how the parts went back together. Hey, I only had one leftover when I was finished! The man returned from Home Depot and presented me with a nice screwdriver set that we no longer needed. I offered to pay for them and he said to pay it forward to someone who needed them. Yes, good people are still around, despite what you see in the news and hear from others.

Angela and I looked at each other and we got back in the truck. It wouldn’t start. Perhaps something I had done had killed the truck from working? That’s when I remembered the strange anomaly this truck had, which would kill the ignition and it’s cure was a key combination that seems like a silly magic trick. It worked! Away we went, the three of us.

Our little (1.8 lbs.)  unconfirmed gender friend curled up in a warm blanket after scarfing down the wet kitten food like a pro. We spoke with our feline health agent and the little one mellowed out in the back of a cat carrier. It’s quite verbal and spends a good deal of the dark hours meowing for food or some other attention.

UPDATE: Our awesome vet Dr. Janie came by for a checkup and the beginning of a healthy life for our little rockstar. It had an injection and barely noticed it. Gender check: Male. We were hoping for a girl but are enamored with our tiny guy. Next step: introducing him to the house a little at a time so we’ll be able to find him. Name is still unbuttoned; on his medical chart it refers to him as Killeen.

The Wreckage of the Past 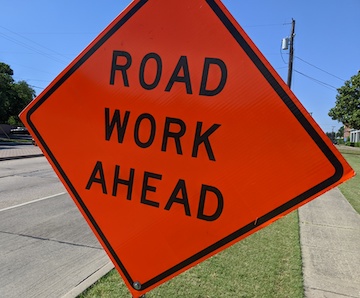 The Wreckage of the Past