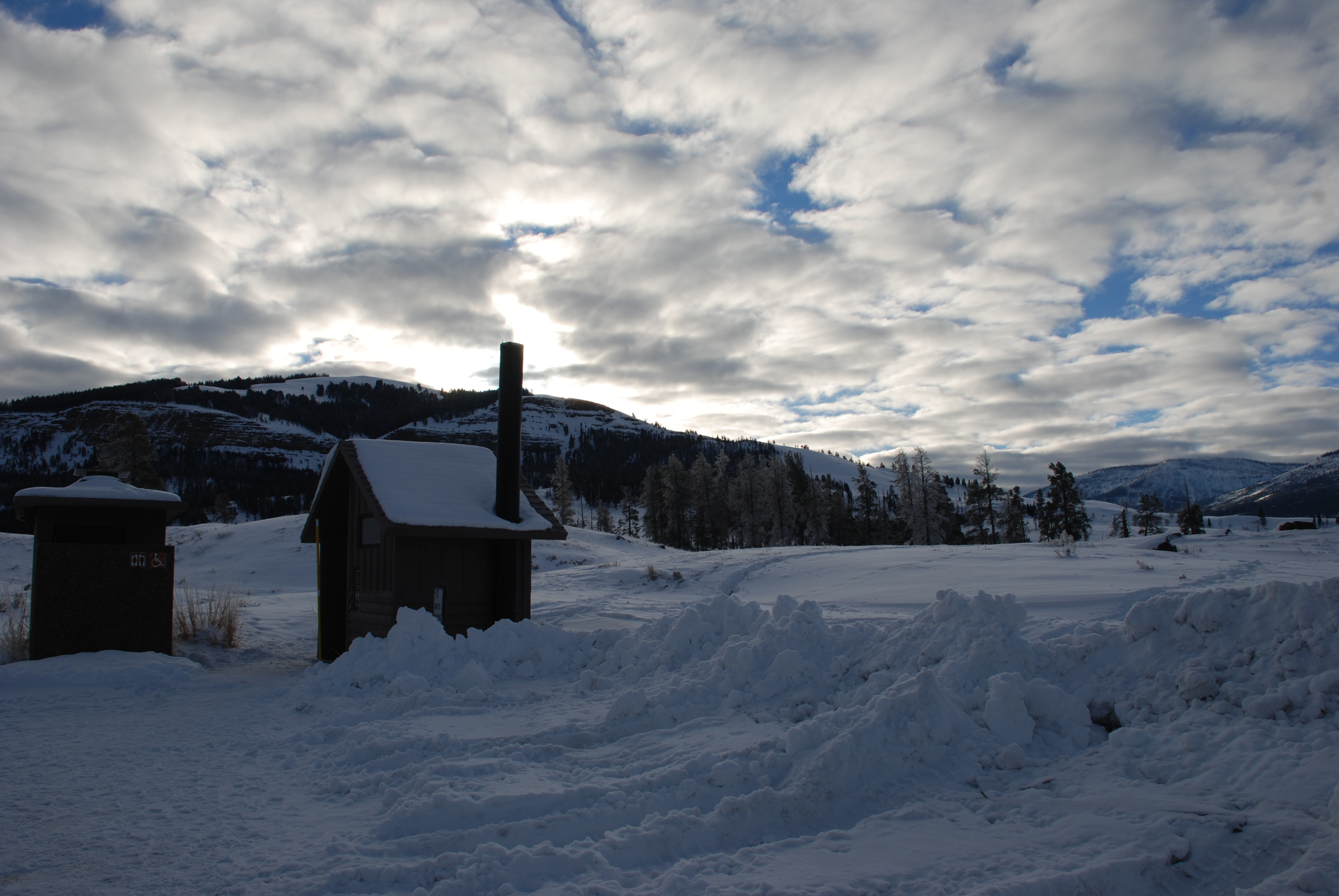 Sometimes the most rewarding adventures are the ones that push your abilities and knock you clear out of your comfort zone. Angela and I discussed going on a trip over the Christmas holidays a few months back but this time with a twist for us; we would not seek out the sunnier climates but head into the snow. We looked at Canada and their beautiful parks but realized that our timing was a bit off as well as the fact neither one of us was thinking of skiing. Angela started to mention a documentary she had seen a few years ago about Yellowstone National Park in winter. A bit of research later and we began to look at a package called the Trail of the Wolf.

This trip included a coach ride at sunrise to the Lamar Valley to see wildlife and two days of snowmobile riding thru the park. Neither of us have done any winter sporting in a long time but the trip made sense in a lot of ways. As Angela had both of her knees replaced during 2014 she was now able to attempt activities she had not been able to do for a long time. Cross country skiing and snowshoeing might be a reach but riding a snowmobile might be doable. Christmas week was not an option but early January was.

A stack of vouchers, mileage points and reward cards later we had formulated a trip that would get us there in plenty of time to join the tour and back in a series of reasonable connections and layovers. During the holidays we both gathered cold weather clothes, hand warmers and a pile of woolen or blended wear that we don’t have much use for here in Texas. They want you to prepare for sub-zero weather as the chances are good that you see personal frost during your trip.

I had my bag of Antarctic clothes stashed away from my work trip in December 2013 which some of would work. They were clear that a neck gator or a balaclava was needed as they would provide most of the rest of the clothing for the snowmobile segment. Angela had little of what she needed and shopped online for warmer ware. The date for departure arrived and we were on our way.

We flew to Seattle and caught a smaller flight to Bozeman, Montana which got us in mid-afternoon. The Yellowstone shuttle had already left for the day so we had a room in Bozeman and had a great meal at Ted’s Montana Grill. The following day we got the shuttle and made the 90 mile trip to Mammoth Hot Springs, our first base of operations on the trip. The day was mild and at 6700 feet or so, the snow accumulation was slight. We walked up the hill to the first thermal feature for us, the Terraces, a series of Travertine ledges that come from the super heated water below. We both ended up in shirtsleeves and wondered if this was a sign of things to come. We also visited the General Store and the Post Office for some postage. 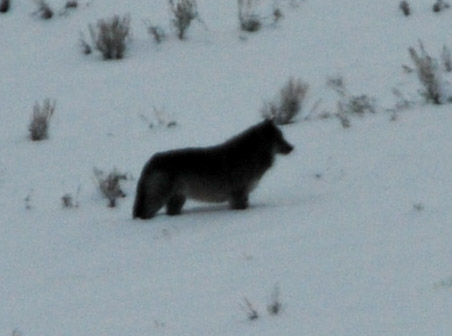 The following morning we met the tour group in the lobby of the Mammoth Hot Springs Lodge around 6:30 am. Our bags were left for the bell staff to get them to the middle of the park at Old Faithful Snow Lodge. We boarded the van to head into the Lamar Valley in the dark as it is the best time to catch the abundant wildlife in that area. Our guide Ricky was a passionate photographer who has made his home in Yellowstone after a trip from the east caused him to drop what he was doing and follow his bliss. We were fortunate enough to see a great deal of wildlife including the wolves everyone was careful not to promise. As we stopped we were lucky enough that our party shut up for a few seconds and we could hear the lonesome call of a lone wolf trying to join another pack. We spotted the loner and then the pack he was approaching. This little drama was playing out right in front of us, albeit from a safe distance. 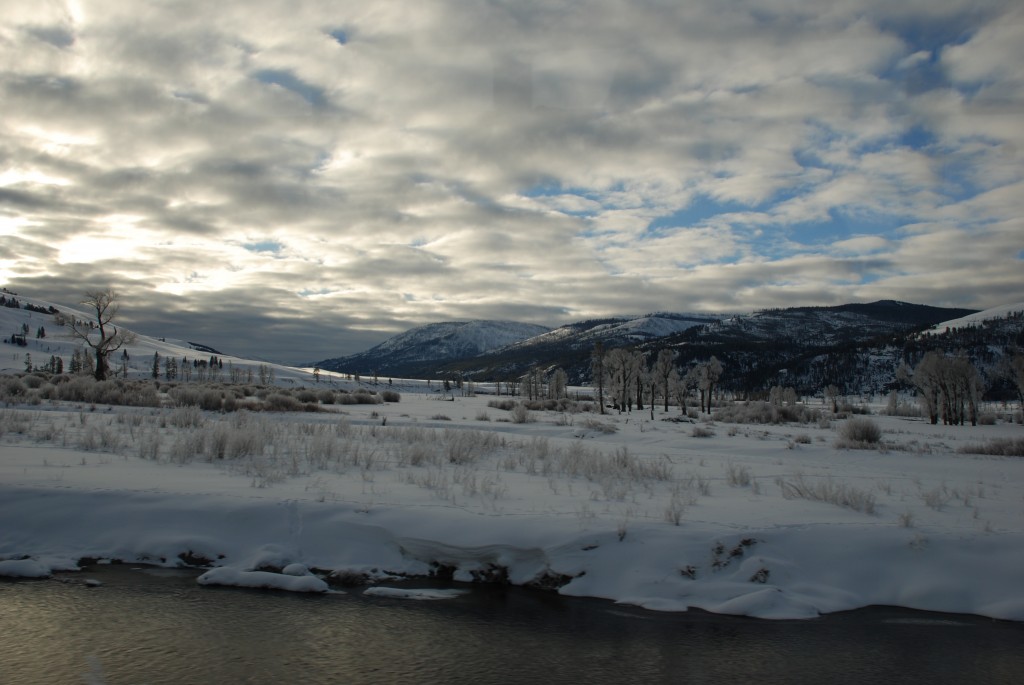 We were fortunate to see bison, elk, moose, big horn sheep and golden eagles that morning. The sunrise began to cast amazing color over everything. The magic of Yellowstone was apparent. We saw plenty more on the way back to Mammoth. Our nature trip had ended but Taco Tuesday at the General Store awaited. 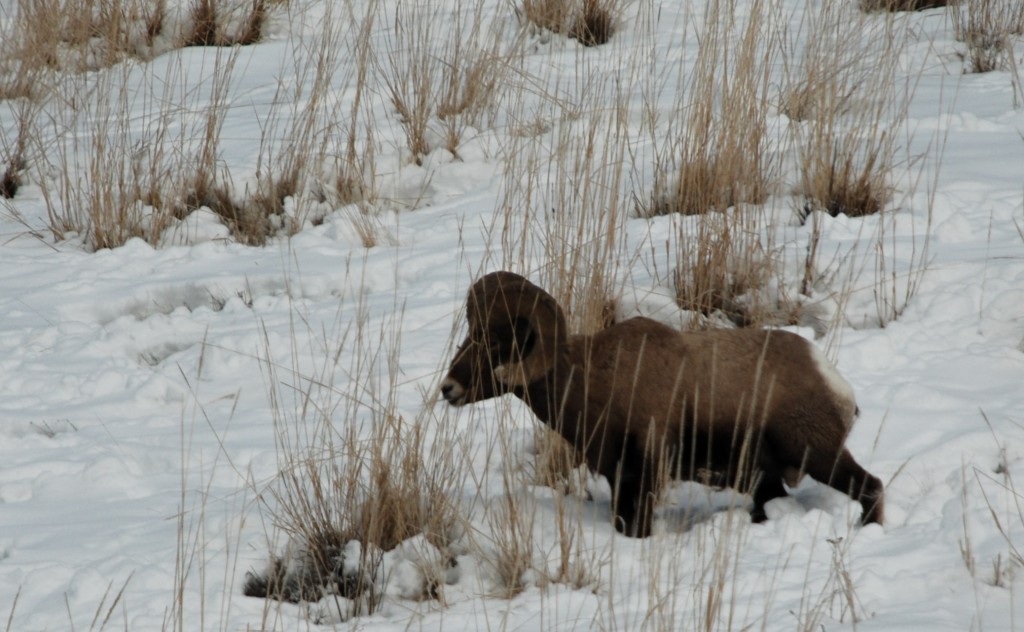 Following lunch we took a shuttle to the snowmobile hut, a short ride past the Terraces and were outfitted for our trip. Most of us ended up in larger sizes than we were used to in order to fit the multi-layers we arrived wearing. My boots were size 13 but warm. That was to be something of a luxury down the road. We inspected our sleds much like a rental car, looking for dents and scrapes that we wouldn’t be liable for. Our guide Matt

(another fragment lost in the migration; I’ll either find it or write it anew…) 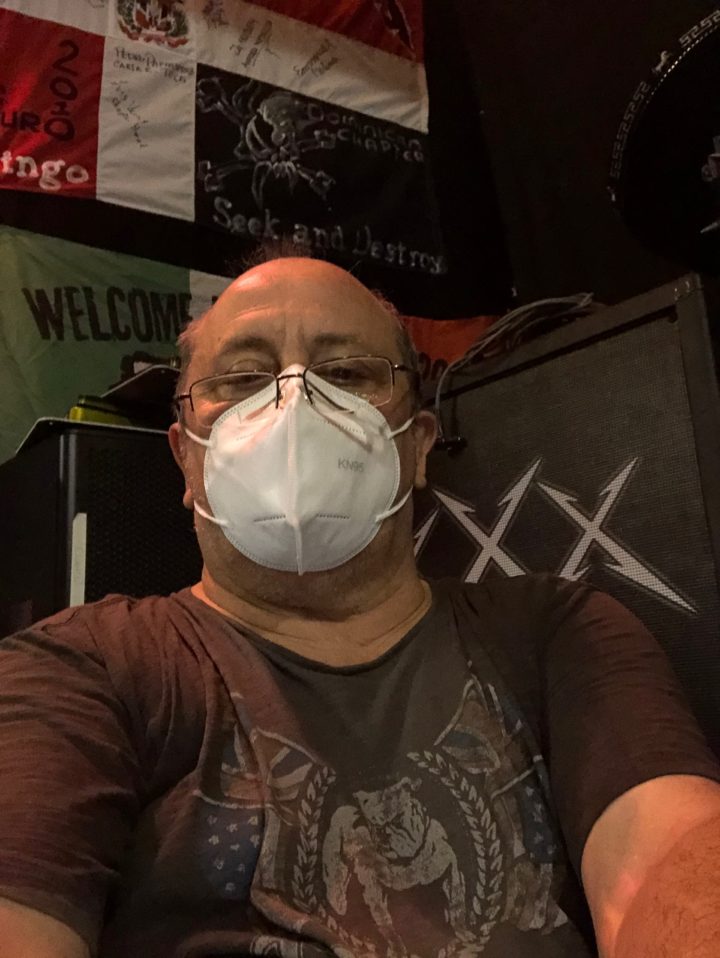 "Who has left this hole in the ground?"
Life, Politics, TV

"Who has left this hole in the ground?"

PIBC#36 part 2-iriver of no return